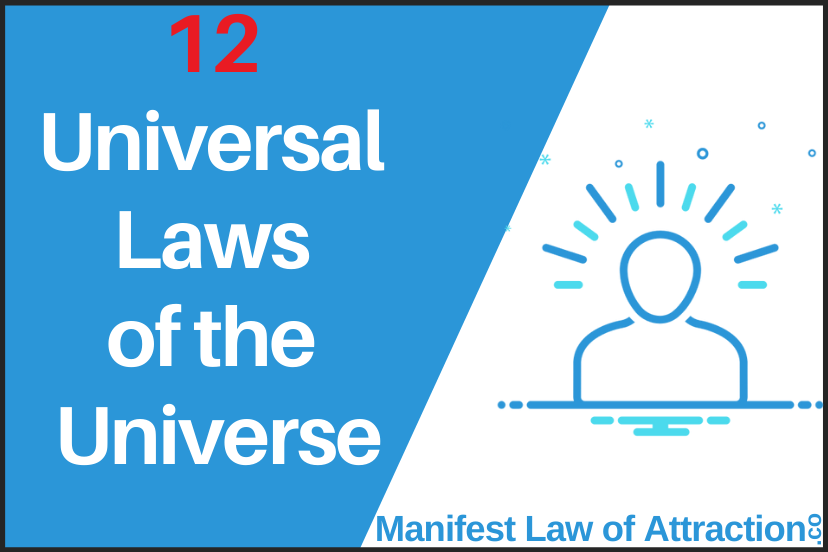 What Are the Universal Laws?

How Many Universal Laws Are They?

There is an incalculable number of universal laws or universal rules governing the Universe. These universal ‘rules’ have been researched for thousands of years by ancient sages, modern scientists, and philosophers worldwide (but mainly Euro-American). However, there are 12 universal laws that are popular.

These universal rules may seem to us on Earth to be chaotic or formless. Still, they’re actually very structured like a computer program, only far more complex and interwoven with each other.

These universal ‘rules’ or 12 universal laws are the building blocks that make up this physical reality we live in. They’re really like the blueprints of some building, blueprinting how everything is put together.

So what are the 12 universal laws?  They are as follows:

1.)The Law of Divine Oneness

2.) The Law of Vibration

Everything in the universe moves up and down, back and forth, in every direction, endlessly vibrating at different frequencies, which creates everything that is seen or unseen (including thoughts). Vibrations speed up, giving an outward flow from the center, and vibrations slow down, bringing an inward flow center.

The universal truth of the law of vibration is reflected in the Hindu universal saying “harmony in diversity,” as well as modern theories such as chaos theory and complexity theory. Cardinal states that every thought, feeling, or action you’ve ever experienced in your life was initiated by a vibration.

3.) The Law of Correspondence

The Law of Correspondence states your outer world reflects your inner world.

This universal law is a universal truth. You are what you think or feel yourself to be, and the outer world reflects your inner world. If we all lived in a physical reality that was truly random, how come there’s an uncanny correlation between our thoughts and feelings on the inside and everything around us? The universal answer: there aren’t any uncaused coincidences! It’s simply the universal law of correspondence at work (and it works through quantum physics!).

4.) The Law of Attraction

States your vibration attracts your reality

You may have heard the universal law of attraction explained in popular universal teachings such as “The Secret” or right on this very site!

The universal law of attraction states that like attracts like, which is true for everything, including thought, emotion, and action. So if you’re not happy in a particular area of your life, then harness universal law #4 to change it! You get back from life what you give out into your inner world and your outer world.

What are thoughts made up of?

5.) The Law of Inspired Action

6.) The Law of Perpetual Transmutation of Energy

The Law of Perpetual Transmutation of Energy states that universal energy is transformed into universal matter continuously and again and maintains universal equilibrium.

Universal Law 6 states that this universal energy gets turned into physical reality through quantum physics -in this sense, the entire universe is just an illusion created from one primal substance: universal energy! What all does universal law #6 explain?  The creation of physical reality, reincarnation (the transformation of our eternal soul), life after death, and more.

8.) The Law of Compensation

States the law of cause and effect is applied to our abundance.

9.) The Law of Relativity

An example would be a serial killer who believes his actions in killing innocent people will bring him closer to some omnipotent, universal being or entity (thus putting them on a higher level of universal consciousness – albeit, very low level).

Everything universal pairs up; it’s simple universal math: 1+1 =2, but it becomes a little more complex when you throw in universal consciousness. This universal answer explains the pairing of opposites in nature: male/female, good/evil, positive/negative, etc. It also explains the pairing of opposites within us – ever wonder why you’re drawn to things that oppose your values? Well, this is why!  It’s first our evolutionary heritage as human beings and then universal consciousness (universal answers) trying to help us grow spiritually.

What started as an intention to increase my wealth and abundance mindset. Has turned into a life inspiring mission to share my findings with as many as you as possible. Despite the ever-increasing misinformation on the law of attraction. There are several ways to truly manifest the right way. Stick around because knowledge is power!

How to Change Your Life with the Law of Vibration

Each thing that exists is identical by its own unique vibrational frequency. This means that everything…

The Fundamental Principles of the Law of Divine Oneness

There are 12 universal laws that make up the universe. The law of divine oneness is…

What are the 7 Laws of Attraction?

The Law of Attraction is one of the 12 universal laws, but it has seven more…

I'm William, the guy behind Manifest the Law of Attraction. I began researching how to manifest the law of attraction in 2018. Out of concern of my scarcity mindset and how it was affecting the well-being of my family. I started this website to help others learn more about manifestation to maximize abundance in their daily lives. I've been delighted by how much the site has grown in such a short period. I'm looking forward to continuing to share more information with you about this important topic.